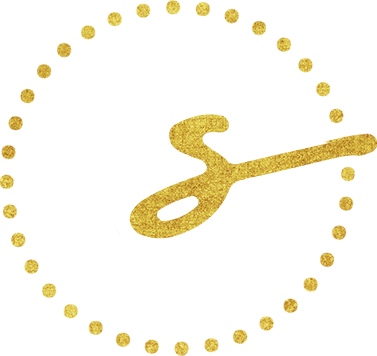 Today let’s talk about one of the great mysteries of yoga: WHY, in this peace-loving, joyous, kumbahyah yoga culture are our iconic poses named after warriors?

It’s always been an interesting paradox to me – the point of our yoga poses is to exemplify different animals, shapes, and beings. Why are some of the most popular poses named after war?

Well, as it often happens, this name is a case of mistranslation. In Sanskrit, the warrior poses at called Virbhadrasana. Literally – “the poses of the sage Virbhadra”.

Why are the warrior poses named after Virbhadra?

When we investigate Virbhadra, we find that he’s an incarnation of Shiva, the god of destruction. It’s a crazy and amazing story – Shiva’s wife Sati goes to a party held by her father, who disapproves of her relationship to Shiva. Sati is in such pain from her father’s hate that she chooses to immolate and burst into flame. Shiva is so angry, he sends Virbhadra to the party, where he rises up from the ground (Warrior 1), cuts off Sati’s father’s head (Warrior 2), and then puts it on a stake (Warrior 3).

There’s no denying it: this is pretty violent. But when we actually look at Virbhadra’s name, we realize that he’s much more than a warrior. Virbhadra literally means hero (vir) plus friend (bhadra). If we follow the etymology a little further, we see that hero means protector. Someone that has strength, loyalty, and shows up for other people.

So Virbhadra is more than just his violent story. He is the hero and friend who is loyal to Shiva. He is loyal to his friend, and completes the job that’s put in front of him. He is a protector of Shiva and his honor.

The true goal of warrior poses: showing up as a hero friend

Rather than trying to exemplify a regular soldier of war, in our yoga classes we’re actually exemplifying our roles as heroes and as friends. We’re embodying the strength and stamina of a protector. We’re showing our loyalty to ourselves, to our friends, and to our community. That is what we’re learning to do.

The power of making hero part of your identity

If we want to embody the virtues of a hero friend – if we want to be loyal, and strong, and a protector of others, we need to make it part of our identity. In “The As If Principle” by Richard Wiseman, he says that if we have a virtue we want to embody or a goal we want to accomplish, we have to act as if we already have it and already embody it.

Here’s why the As If Principle works: it’s much easier to find heroic moments if we already think of ourselves as a hero. When we walk around saying “I’m a loyal, protector, and friend with strength and stamina”….you’re going to find many more opportunities to live out that ideal.

Practices to embody your heroic identity

Meditation
This short guided meditation will show you the ways that you already express the virtues of a hero, and invites you to embody these virtues on a daily basis.

Two playlists perfect for embodying your heroic nature are my True Warrior playlist, and my Clarity and Vision playlist.

Rudra Mudra is a powerful Shiva mudra of transformation. It increases your stamina and sense of power.

Place the thumb, pointer finger, and fourth finger together, extending the middle and pinky fingers. Breathe deeply, feeling the power in your body concentrating into the center of the belly. This is a great time to use your third chakra affirmation – “I am powerful beyond measure.”

Thanks for reading, and have a wonderful day,